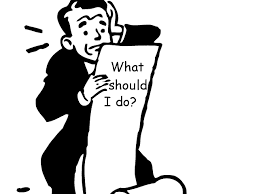 A lady gets on a public bus. Without saying a word, she gestures to the bus driver by sticking her thumb on her nose and waving her fingers at the driver.

The driver acknowledges the lady, turns to her and uses both hands in the same type of gesture and waves all his fingers at her.
The woman holds her right arm out at the driver and chops at it a few times with her left hand.
Then the driver puts his left hand on his right bicep and jerks his right arm up in a fist at her.

The woman then cups both of her hands under her breasts and lifts gently. So the driver places both of his hands at his crotch and gently lifts up.
Then the woman frowns, runs a finger up between her derriere, and gets off the bus.
There is another woman sitting in the front row of the bus who witnessed the whole exchange.
She speaks up, “That was the most disgusting thing I have ever seen on a public bus! What the hell were you doing?”
“Listen lady,” states the gruff bus driver, “the lady that got on the bus before was a deaf-mute.
She asked me if the bus went to 5th Street. I said no, we go to 10th Street. She asked if we make many stops. I told her that this was the express. She asked if we go by the dairy, and I told her we go by the ballpark. She said “Shit, I’m on the wrong bus!” and got off.”
Hear the Full Information or Story, before Making Conclusions and Judgment!