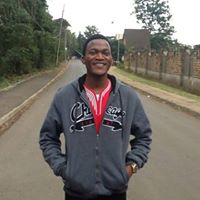 The science of the human mind respects principles. Principally, the principle of elasticity. The mind stretches. When it does, absolutes either shift or cease. 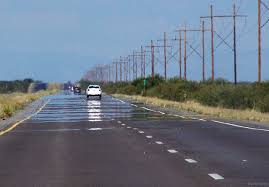 The line between mirage and courage is thin. Courage turns mirage into a reality beyond the mind can envisage. Make no mistakes. There are cynics in life. Naysayers, who must have you give up every dream. They come with handy unsolicited advice. This has never been done before, they’d say. But for you to trace your trophy in life, your face has to be steady on the race. When people move on through the edges of their fears, they get on to the stage when mirage becomes reality. Simply put, in the face of courage, mirage pays homage. No one before you has done it doesn’t mean no one can can do it. Remember that those who had traveled through mirage on the wheels of courage got to their vintage point.
Everyone saw David’s decision to confront Goliath as a mirage. No one dared that Courage, and Goliath was on the ground. History was made.
A funny lanky Blackman sought to occupy the White-house. Mirage. Everyone but himself called him a joker. Courage substantiated the mirage. Today, it is history. From Joan of Arc to Esther in the bible. The list is endless. Were you ever told your dream is a mirage? The same was told all heroes and heroines before you. Many a mirage is waiting on some courage out there to give it a life.
BY ISAAC SHEMANG
Read Also; DO PEOPLE FALL IN LOVE IN HEAVEN? by Isaac Shemang – Life Altitude (livealtitude.com)