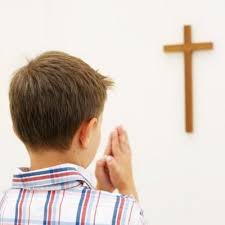 There was this young
boy called Jim. He always felt the need to pray. He decided that each day, he
would go to church three times for two minutes prayer. In the morning, he would
walked into the church, kneel down, and say, “Jesus, this is Jim”.

Then he
would leave the church. In the afternoon and evening, he would come back again,
and say his favourite prayer “Jesus this is Jim.” He continued doing this for
months but he was interrupted for by illness. His illness made him to be
admitted into the hospital. His parent would only visit him once in a week because of their financial statues. Hence he was left in the hands of the hospital care giver whose availability was minimal.
However, each day
people come to the hospital ward in which he was admitted to visit other sick
patients, they always see Jim brim with happiness. Jim’s sick neighbor inquired
about the secret of his constant happiness. Jim replied, “When people come to
greet their love ones, someone always come to greet me and he always say, ‘Jim
this is Jesus’”
Messages
photo credit: https://kzlam36.wordpress.com
See also;  WHY I AM ENTERING THE MONASTERY IN 2021 By Miss Getchen Erlichman – Life Altitude (livealtitude.com)