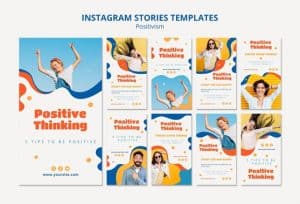 People often think that in order to have a meaningful life, one must be rich, famous, or successful. However, this is not always the case. Some of the most inspiring people are not well-known or extremely wealthy; they’re just good humans who decided to make a difference in someone else’s life. If you need some uplifting and positive inspiration right now, read these 5 Inspiring Short Stories about helping others and see how kindness can change the world.

Mark was an orphan who lived in a small village. He was very poor and could not afford to go to school. One day, a kind man from the city came to the village and saw Mark. He was moved by the boy’s situation and decided to pay for his school fees.

The man told Mark that he believed in him and that he was sure that he would achieve great things in the future. Mark was grateful to the man and promised to do his best in school.

True to his word, Mark worked hard and became one of the top students in his class. He went on to get a scholarship to study at a prestigious university. After graduation, he became a successful businessman and gave back to the community by helping to build schools and provide scholarships for other children in need.

Mark never forgot the kind man who believed in him and helped him to get where he is today. He always says that it was the man’s faith in him that made him the success that he is today

A Homeless man and a struggling elderly woman walk into a Starbucks together and sit down to enjoy a cup of coffee. At first, the woman seems nervous and uncomfortable being accompanied by a man she doesn’t know. The Homeless man, whose name is Kenneth, notices his companion’s discomfort and begins to reassure her that he’s a nice person, and he’s just trying to be helpful. The two strike up a conversation and quickly learn that they both live in New York and they both love to walk with their dogs. As they finish their coffee, Kenneth realizes that the elderly woman has a problem. Her knees are too weak to walk all the way home, so Kenneth offers to walk her home. The woman is obviously reluctant at first, but Kenneth assures her that he knows the streets of New York like the back of his hand and that he walks these streets almost every day. The woman agrees to walk with Kenneth and as they get up to leave, Kenneth quickly realizes that the woman is blind. After a few minutes of walking and getting to know each other, the woman confides in Kenneth that she’s been having a really hard time lately and she’s been feeling very depressed. Kenneth listens to this woman for a few minutes and then he says the following: “You have no idea how lucky you are, do you?” The woman is understandably confused by this seemingly random statement and asks Kenneth what he means. Kenneth replies, “I mean that you have a roof over your head, food in your fridge and you can walk outside whenever you want. You have no idea how lucky you are.” This simple but profound statement is exactly what the woman needed to hear at that moment. She finally realizes that she has a lot to be thankful for and before she leaves Kenneth to walk home, she thanks him profusely and tells him that he made her day. The story of Kenneth and the woman shows that our gestures of love and help can beam hope and smiles to others.

An old woman is walking down the street when she sees a homeless man sitting on the sidewalk with a sign. The sign says that the man is hungry and needs some money for food. The old woman is fuming at the fact that this man needs money to survive, and she doesn’t have any cash on her, but she wants to help him. So, she goes into the nearest shop and asks the shopkeeper if he can spare some food for the man. The shopkeeper agrees and gives her some fruit and sandwiches. The old woman then takes this food and walks over to the homeless man, saying, “Here, you must be hungry.” The homeless man smiles, thanks the old woman, and starts to eat. The next day, the old woman sees the same homeless man sitting on the sidewalk with his sign again. This time, she is prepared. She walks into the same shop and asks the shopkeeper for a few more sandwiches. When she walks over to the homeless man, she smiles and says, “You must be hungry.” We should never be tired of showing love and helping those who are in need.

A Teacher Helps His Students Understand the Importance of Science

A teacher decides to change the way he teaches his students about science. Instead of simply teaching his students about the importance of science, he decides to live it. So, he finds a place to live that is close to free, grows his own food in the backyard, creates his own electricity, and he makes his own clothes at home. He even goes as far as to climb a tree to put up his own internet router, because he doesn’t want to pay an internet bill. This teacher is able to do all of these things because he doesn’t want to spend a dime of his own money. At the end of the year, the students are asked to write a paper about what they’ve learned. One student stumble across the teacher’s internet router, which is hanging from a tree in his backyard. The student becomes curious and asks the teacher what the internet router is for. The teacher smiles and says, “I can’t afford an internet bill, so I put it up there so I can have internet.” The student is amazed and tells the teacher that he has learned more from him and this project than he’s ever learned from a teacher. The student then goes home and writes an essay about this teacher and his project, and how it has changed his life. He writes about how this teacher has taught him to be more resourceful, how to be self-sufficient, and how to not depend on others to get what he needs. He writes how this teacher has helped him see the importance of science and how it has changed his life. At the end of the essay, the student thanks his teacher and signs his name. The student’s name is Bill Gates. Sometimes we might underrate the impression of a positive lifestyle would have on others.

A Child Helps His Grandmother Celebrate Her Birthday

If these 5 Inspiring Short Stories About Helping Others inspired you, share it to others.

Read Also: Things that Would Keep Inspiring You