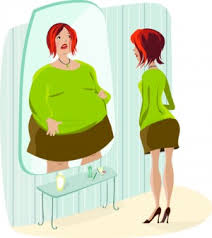 In our world, some people suffer from self-depreciation, lack of confidence, and deep seated feelings of inadequacy. They feel incompetent, insecure, and inept. People of this kind, which can be called self-depreciated people never control their life. They allow themselves to be controlled by others people’s negative opinion about them. Their life is indeed shaped by their fear. Although, it may seems challenging, people can if they truly will, move up, out and beyond those negatives opinions. The question therefore is,How do you see yourself? Your self-image is the decisive difference.

BE CERTAIN OF THIS;
YOUR SELF-IMAGE IS THE DECISIVE DIFFERENCE

Self-image is a mental picture you take on yourself, how you behave as a member of a family depends on how you see yourself. What your friends, peers your brothers and sisters, colleagues, and associate think of you, your pass successes and failures, all revolve around your self-image. The physical appearance you project, and what
will happen if you take certain decision matters a lot.
People with positive self-image have these characteristics. They respect others and they respect themselves. They know they are imperfect and moving towards perfection. They give all their time to their families, spouse, children, business, jobs, and communities.
People with positive self-image make good things happen. They work towards making life better, advancing technology, creating jobs, and helping others to succeed. Those with positive self-image are fun to be around, assume leadership positions live well
financially and set a great example for others.
On the other hand, folks with negative self-image are convinced that they are second class individuals. They are afraid to stand up to the challenges of daily living. They withdrew from helping others because their effort would probably be useless anyway.  People who evaluate
themselves negatively make up the masses of people who fail, or at best, live in mediocrity. They endure a lot of defeat and discomfort.
STORY 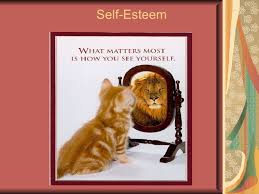 A company needed the position
of general administrative assistance, and placed advertisement on an ‘open salary’. A lot of applications were received. The employment board finally narrowed down to two people. Both were of the same age and career level, and both also had similar career paths. After thorough examinations and interviews,
Mr. A and Mr. B look like identical twins. Who do you think should be employed?
Mr. B was employed. Do you know the reason?
Since the salary was ‘open’,
Mr. A was asked which compensation he expected. His voice changed, lost eye-contact, and almost in whisper stated his figure which was about what the company thought the job was worth.
Later that same day, salary expectations was also discuss with Mr. B. he was asked the same question that Mr. A was asked? ‘What salary do you expect? He looked straight to the eye of the interviewer. In a steady and direct voice, and without wavering a bit, he quoted a figure that was fifty percent higher than what Mr. A requested. Mr.
B was told that another person apparently equally qualified has accepted the job for a lesser pay. Then Mr. B said “I am sure the other applicant you are considering would do a good job. But I feel I can do a great Job. I have extraordinary initiative and enthusiasm. I think I will prove to be worth every amount you pay me, plus a lot more.

You can see that Mr. B
simply had a higher regard for himself than Mr. A. how do you see regard yourself?
HOW DO YOU SEE YOURSELF? YOUR SELF-IMAGE IS THE DECISIVE DIFFERENCE
Related reading;  Do you have the Heart of a Mouse? – Life Altitude (livealtitude.com)