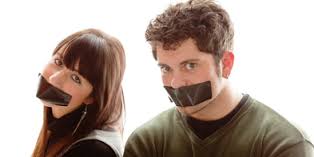 The Absurdity of Anger: A couple had a misunderstanding in their home and instead of resolving it amicably, decided to keep malice with other. The malice became so severe that even when it was necessary for them to pass an important information, they would do it only through writing.
When the husband wants his favorite meal to be cooked, he would write it on a sheet of paper and dropped it where his wife could find it. In the same vain, when the wife had finished cooking, she would also alert her husband through writing. This became the pattern of their life.
One fateful day, the husband got an appointment that would fetch him a good sum of money. However, to catch up with the appointment he needed to be there very early. At the time he returned home, it was a bit late and he was very tired. Not so sure he would wake up in good time, he, in his usual manner dropped a piece of note for his wife to wake him up at 5am. He also explained the reason why he needed his wife’s assistance. After writing the note, he took it on her bed and went to his room to sleep. The wife saw the note, read it and went to bed also. Early the next morning, she woke up and wrote thus: ” it is 5am, wake up”. She went into her husband’s room and dropped it behind him and left while he was enjoying his sleep. The husband woke up by 7am, only to find the note asking him to wake up. The golden opportunity was eventually missed.

The Absurdity of Anger teaches us that communications between couple is one of the sure ways of managing family crisis. communication between couples have saved a lot of marriages of breaking. it is better to use conversation to settle problems than to allow silent anger to prevail.