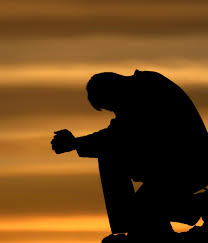 What will you ask of God for an enemy neighbour?: A poor man who had always asked God to bless him was visited by angel Gabriel. The angel told him that God has decided to answer his prayers and that he should mention his intention. However, the angel added, whatever he would ask for, God will give his neighbour double portion of it.

When he heard the second part of the deal his joys suddenly turn
sour. As a result of this, he asked the angel in return to go and come back the next day while he thinks of what he wants. Throughout the night the man could
not sleep as he was disturbed by what God said. He said to himself, “so, if I ask
God for a house, he will give this my useless neighbor two of it emh? And if I ask for one million Naira, he will give him two million? Okay,” he said to himself,
“if that be the case I know what to ask of God.”

The next day, the angel returned and was ready to listen to the poor man. He asked the angel again, I suppose

you said, whatever God gives me he would do double for my neighbour?” the angel
said, “sure!” Then he told the angel to tell God that all he wants is that God should make one his eyes go blind.

What will you ask of God for an enemy neighbour?
See 2 Corinthians 5:19
Read Also: There is something great in every human person. Be Patient with Slow Learners – Life Altitude (livealtitude.com)