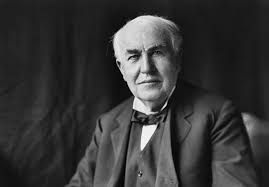 Thomas, an eight year – old boy, rather sickly and partially deaf, very far behind his peers in class. Teachers tend to be easily angry with him because he was slow to pick up.
His class-mate
were quick to make fun of him. Thomas lived in an unkind world. But he had a mother who was happy to have him, a mother who would sit with him each evening, and listen to how badly his days has been.
One day Thomas came home with a letter from the headmaster of his school. Thomas was being expelled because his brain was too slow. His mother did not fuss much about the letter. She hugged
Thomas saying everything would be okay. She knew he was slower than most others, but she believed Thomas would learn if lessons were taught to him with love. She worked on teaching him herself at home. It began to work. Pretty soon
Thomas started to device knew things, inventing this and that- a lot of them silly in the beginning.
When Thomas finally died, a whole nation – the people of the United State of America – honoured him by switching
off the lights throughout the entire USA for one minute. This is the Thomas whom his headmaster expelled from school because his brain worked slower; the one whose
class mates laughed at. This was Thomas Edison, inventor of the light bulb and phonograph (voice recorder).
There is something great in every human person.
Let us love children!
Let us be patience with slow learners!
There is something great in every human person. Be Patient with Slow Learners!
Some picture Quotes of Thomas Edison 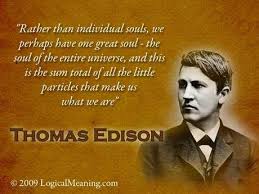 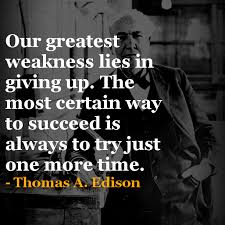 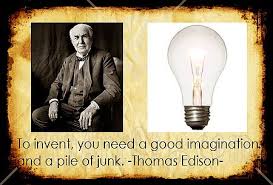 One Reply to “Be Patient with Slow Learners!”