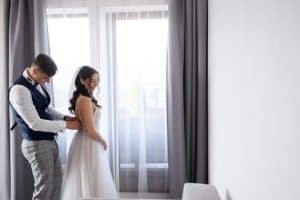 Why Some Girls Might Experience Late Marriage: and the Carry Me go my Husband House Outcry

Recently, there was a video of a church service that went viral. In the video, there were a group of girls singing and clapping their hands and, in the background, there was also the voice of a soloist singing CARRY ME GO OH! JESUS CARRY ME GO MY HUSBAND HOUSE! Although the video has generated various comedy clips from the Nigerian comedy industry, the video speaks volumes about the reality of single and unmarried women in Nigeria. This article will explore the reason why some girls might experience late marriage or might not marry at all in Nigeria and other parts of the world.

Social Behaviour
Social behaviour plays a very important role in when and how an individual meets and chooses a spouse. A lady who is antisocial, and who doesn’t relate with others will likely not find a husband than her counterparts who associate with others. Generally, people make friends at social gatherings, such as parties, club events, and some also make meet their spouses in churches. It, therefore, means that introverts or Indvidual with anti-social behavour might not likely to find spouse than their counterparts with opposite personalities. Social behaviours can be a reason Why Some Girls Might Experience Late Marriage.

Religious beliefs and religious compatibility might affect a lady getting married. The two dominant religions Christianity and Islam are not likely to allow their children to marry each other.  A young lady or a young man who wants to involve in interreligious marriage between these two religions might get a serious backlash from their parents.  Since they would not like to offend their parents, they might cut off relationships which have been leading towards marriage.  In the same vein, tribe and cultural differences might also affect finding a spouse in the Nigerian setting.

In Nigeria, there are different prejudices which people from different tribes and cultures have against each other. They grow up with these prejudices, it is passed on from generation to generation. Mutual suspicions and prejudices have a negative effect on marriage of young ladies in Nigeria. Some parents will not allow their children to marry from certain tribes. Then tribal bigots brought their young ones up to see certain tribes as bad people. Denominational differences are not left out in this discourse. Even among those who practice Christianity, a protestant is not likely to marry a catholic and vice versa. Religious beliefs and cultural practices can also be why Some girls might experience late marriage.

Some girls might prefer to reach a certain age, finish their studies and get a good job before they get married. They might want to be financially secure and independent before they get married so they can take care of themselves and their families. To be financially secure means, they might decide to wait until they get a good job or set up a good business before they get married so that they can financially support their future family. As they pursue careers and studies they will also be advancing in age. Men most times prefer to marry ladies who are younger than they are; therefore, education and career pursuit are other reasons why some girls might experience late marriage. Ladies who are career-oriented are most likely to experience late marriage than their counterpart who are not.

Some Girls Might Not Find the Right Person to Marry

Another reason why some girls might not get married before a certain age or never get married is because they are waiting for the right person to come into their lives. Some girls are waiting for the right time when they can find the right person of their choice to marry and be happy with. However, some would never see the person of their choice, they would never get their dream man. Every young lady has an ideal man in their consciousness. Ask any single lady about their ideal man; they would give all kinds of specifications. The specification usually ranges from; tribe, religion, financially independence, height, and personality to mention but a few. Some girls would never find a man that fits into all these specifications. Not seeing the right person can result in marrying late or not even getting married at all.

There are some girls who get pregnant as teenagers to boys or men that they are not really willing to get married to.  Giving birth this way undoubtedly leaves such girls as single mothers. In a Nigerian setting and in some conservative traditional societies young men prefer to marry ladies who haven’t given birth.  Unwanted Pregnancies among young ladies can also be a reason why some girls might experience late marriage or might not marry at all.

Parasitic Attitude of Some Ladies

Some ladies made themselves like parasites on men immediately after a relationship began. They become too needy or demanding. A request will be made from the guys for every expenditure they would procure. This attitude put some young men off. Another extreme of this behaviour is that some young girls are looking for men who are ready- made. Ready-made is a contextual word used to describe men who are having nice jobs, already built a house, or having a very comfortable apartment and have a nice car. some girls are looking for men with lots of possession to be married to. A good number of young ladies are not ready to build a home with the man they would marry to. Off course, few do find ready-made men, but many would not find one, and as a result late marriage might occur.

Related Readings: Things that Would Keep Inspiring You

Newbies Guide to Positive Parenting: How to Raise Kids Who Are Responsible