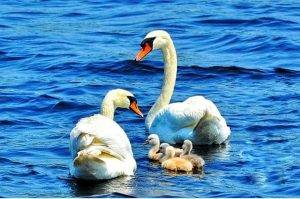 ABOUT ST VALENTINE DAY:  I decided to put up this writing not because I am Valentine but for the sake of those searching for their ‘Valentine’ on a day such as this. As we plunge into our ultimate search for ‘a Val’, it will be nice to know how this love story all started and its meaning to us.

In the 3rd century, during the reign of Emperor Claudius II, he had an edict prohibiting the marriage of young people. This was elicited by the belief that unmarried soldiers were more committed in battle with undivided attention. They won’t be ruffled by any emotional tie.

But the Church held marriage as sacred. And this was where the Roman Priest Valentine came into the picture. He encouraged the young to marry in the Church and wedded them. But he did this secretly because of the edict.

He was eventually caught for mutiny. He suffered imprisonment and tortured for his rebellion. Asterius, one of the judges who was to judge Valentine in line with the Roman law, had a blind daughter who was miraculously healed by Valentine, and this led to his conversion.

On the 14th of February 269AD, Valentine was sentenced to a three part execution of beating, stoning, and decapitation. The last words he wrote were on a note addressed to Asterius’ daughter. The note was signed “From your Valentine.”

This is why St Valentine is regarded as the patron saint of lovers.

What Valentine should mean to us is our readiness to die for what we believe. To be selfless up to the point of seeking the wellbeing of others.

If Valentine were here today, I believe he will admonish couples to stand by each other through the turbulence of marital hiccups. To sacrifice the need of one so as to satisfy the need of the other. And to remain faithful to their marital vocation till death.

And to the young, I believe St Valentine will chastise us to seek true love in selflessness and in married life and not in premarital sex which injures what true love is.

And to the children, he will simply say: “Don’t be stingy but share your candy with the needy.”

And he will say to all Priests and Religious: “Believe and practice what you teach and remain faithful till the end.
“Love does not dishonour others, it is not self-seeking, it is not easily angered, and it keeps no record of wrongs.” (1Cor 13:5).