Skip to content
First-time wonders deserve our awe and
applause. But almost every good thing in life — from careers to ideas,
products to poetry — is more reinvention than invention. 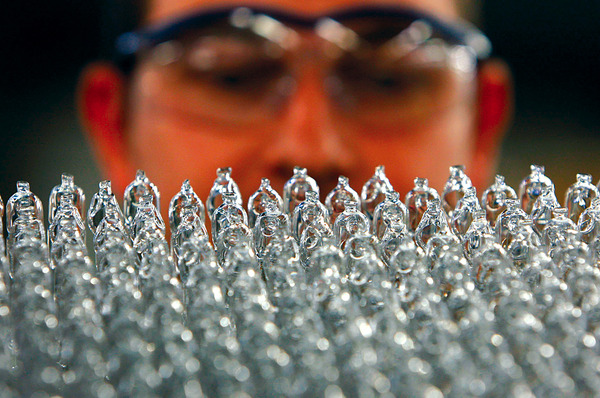 Who doesn’t love an invention? Think of
the light bulb, which had never shined in all of history until Thomas Edison switched it on on Dec. 31, 1879. Think of lasers, helicopters, microchips, elegant equations like E = mc², and even modest wonders like batteries, Velcro, and air conditioning. We honor inventors, enrich them, ask them about the meaning of life.
Reinvention isn’t in that league. The tip-off is the “re,” meaning it’s been done before. If invention is the dazzling hit, reinvention usually begins as a miss. But a miss that is taken back into the workshop, rethought, reworked, and brought out for a second,
third, or fourth try can change the world. The light bulb, for instance, only stayed lit after it hadn’t at least 6,000 times. Each time, Edison and his co-workers took stock of what went wrong, made improvements, and tried again. His invention was a serial reinvention.
For many workers in the wake of the 2007-09 recession, reinvention has not been by choice. Nor has it been easy. But here’s what re-invention always is: necessary! For one thing, economic survival depends on reinvention. Job security has all but vanished in most industries. Owning a home or shoveling money into a 401(k) is not the path to financial security it once was believed to be. That’s bad news. The good news is that so many people
have experienced financial setbacks, layoffs, or job shifts in recent years that it is clear that failure is not about character flaws.
Failure can be an opportunity. Saying that, of course, is easier than living through it, especially if you’re out of work, in debt, or clinging to a job you don’t like because you need the money. But reinvented careers can be the ones in which people learn more about who they really are and make a go of something they really love.
The key seems to be to stop mourning the past, honestly assess your skills, envision where you want to be, gain new skills, and then go for it. You may not end up where you think you should, but you will be learning with every step.
As Abraham Maslow, who developed the famed “hierarchy of needs” – a pyramid that everyone climbs from basic requirements like food and water to an apex of creativity and achievement – put it: “One’s only failure is failing to live up to one’s own possibilities.”
Besides, people who have seemed touched by
greatness still have lives to live. Like athletes and musicians, most inventors are highly productive in their youth. At 25, Albert Einstein experienced a “year of wonders.” Working as a patent clerk, he achieved conceptual breakthroughs that revolutionized modern physics. Einstein led a long and useful life, and some of his most profound discoveries happened long after he was 25. But the sum of his brilliance during that one year was never repeated.
I once asked an octogenarian physicist about his year of wonders. Among other things Martin Deutsch, who taught at the Massachusetts Institute of Technology, had discovered positronium, an elemental form of matter. “In 1951 and ’52, I had a great creative outburst that I’ve never had again,” he told me. “It was a virtuoso performance.”
His colleagues thought he would win the Nobel Prize. He was not bitter that he did not. Instead he reinvented himself as a teacher and was satisfied that “there are people who have become what they
have become because of what I have taught them.”
At the end of our conversation, he pointed out a spruce tree in the corner of his garden. He had rescued it when his neighbor threw out a bunch of potted plants. Day after day it had sat there, refusing to turn brown. “It wanted to live,” he said.
Martin Deutsch died in 2002. His students are pushing physics forward in the 21st century. And that spruce, which didn’t make it as a potted plant, flourished.
Written  By John Yemma
Related Reading; Be Patient with Slow Learners! – Life Altitude (livealtitude.com)
Download our App