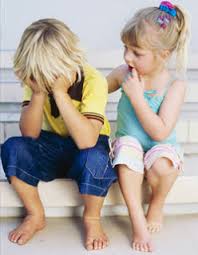 A little girl who was late coming home for supper. Her mother made the expected irate parent’s demand to know where she had been.
The little girl replied that she had stopped to help Janie, whose bicycle was broken in a fall.
“But you don’t know anything about fixing bicycles,” her mother responded.

Not many of us know anything about fixing bicycles, either. And when our friends have fallen and broken, not their bicycles but their lives, none of us knows how to fix that. We simply cannot “fix” someone else’s life, even though that’s what we would like most to do.
But like the little girl, we can stop to help them cry. That is the best we can do. And that is a lot!
Photo Courtesy of: www.dailytenminutes.com
by Murray Lancaster
Related Reading: How Narcissism Affects Relationships – Life Altitude (livealtitude.com)

2 Replies to “How to Cry with Jane”