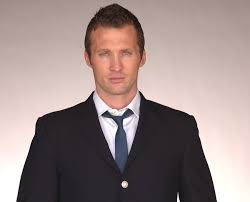 Ryan Blair The Man from Rock Bottom to Rock Star
Ryan Blair is the CEO of ViSalus, #1 New York Times best selling author, and serial entrepreneur who came from nothing to lose, and had everything to gain.

Blair was raised in Southern California. As an adolescent, Blair
suffered from Attention Deficit Disorder and struggled
with his father’s violent behavior and addiction to methamphetamines.
He dropped out of high school in the 9th grade, left home, and became a gang
member in his hometown of Los Angeles. He lived in a toolshed for a year
and was arrested 10 times by the time he was sixteen, facing a four-year jail
sentence for his last arrest.

At the age of 21 years old, Blair had already founded his first
business, 24/7 Tech, and has since created and sold numerous other
companies for hundreds of millions of dollars over the course of his
career. In 2012, Blair was named one of Ernst & Young’s
Entrepreneurs of the Year in the “category for consumer products.” Blair
is also a contributor for LinkedIn, Financial Times, and Forbes.com,
and took a turn in movie production serving as Executive Producer for a
number of films.

In August 2011, Blair published the New York
Times Best Seller, Nothing To Lose and Everything To Gain: How I Went From Gang Member To Multimillionaire Entrepreneur (now available in Paperback, also a #1 New York Times bestseller), an uncensored personal account of overcoming a life of adversity and a road map for entrepreneurial success through the process of reinvention, while simultaneously facing the biggest professional challenge of his career: rescuing his company, ViSalus.
Shortly after the 2008 recession and just one month from having to declare bankruptcy, Blair and his business partners personally invested in a new business model that would later revolutionize the direct selling industry. In less than three years, Ryan Blair took ViSalus from $39 million in revenue to surpassing $1 billion in total sales in March 2013, and started venture fund Hashtag One, which has invested in several very successful start-ups.
Ryan documented his path to success in his book, step by step, proving that any obstacle in business, and in life, can be overcome using survival skills and a nothing to lose mindset. Ryan has also released a behind-the-scenes account through his NOTHING TO LOSE Documentary which can be viewed online at www.NothingToLose.com.
Blair regularly appears as a business expert in
national television networks, Bloomberg, CNBC, MSNBC, Fox, and Fox News. He has also been featured in major publications such as Fortune Magazine,
BusinessWeek, Forbes Magazine, the Wall Street Journal, and People Magazine. He also serves as Executive Producer for a number of films.
Blair currently resides in Los Angeles with his
son, Reagan.

The story of Ryan Blair The Man from Rock Bottom to Rock Star, is an inspiration and motivation story