What is INDECENT DRESSING?. 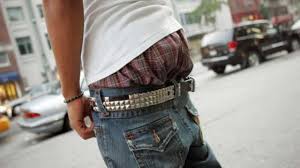 A 22-year-old lady who wants to remain an anonymous, walked up to me in my office one sunny afternoon. She asked me, “Father, I hope I’m well-dressed. I’m asking because last Sunday you preached against indecent dressing.” I looked straight her eyeballs. Immediately, I sensed the discomfort that overwhelmed her. Honestly, I was not at a loss as to what to respond. But I was surprise that she dressed indecently to my officehaving heard me preached the previous Sunday against indecent dressing. Deep in my heart, I said to myself, “Which kind temptation be this?” She actually felt so unease as to my sudden change of countenance. It was very obvious from her look. She felt like standing up, but it appeared something was holding her down. So, she ended up gazing at the ceiling, and playing with her fingers on my desk.

Finally, I broke the long silence, I said to her, “Judge for yourself.” As soon as I said so, it was as if I resuscitated her from a coma. She heaved a deep breath, this time not looking at me. She said, “Father, I said so because you said that women wearing of trousers is not a sin. And I’m wearing trousers. But sorry Father, if my question got you angry.” As soon as she said sorry, I smiled a little. Then I said to her, “That ladies wearing of trousers is not to be judged sinful, does not mean ladies should wear trousers irresponsibly. Why should you wear trousers that expose your body parts to a house of prayer?”

I believed she left my office that day with a better notion. However, the rest of our conversation is history.

As Africans, we have very rich cultures, and one of such is moral norms of dressing. Sadly, our generation is losing it. Although, before Westernization, we used to be naked, and till date, in some parts of Africa, they are still known for nakedness. But what appears to be a reversed history, upon most Africans’ enlightenment on dressing since Westernization, has shown how much decency as a part of our moral norms, has been inculturated into our cultures.

They say, dress the way you want to be addressed. But a lot of our young people today dress so indecently, and yet, they want to be addressed respectfully. Common logic shows that it does not follow. Every occasion requires a dress code, and that should be respected.

Imagine a young man looking for a job in an accounting firm, if that man does not dress decently as expected from the firm, he is automatically disqualified. Appearance matters a lot. And one’s appearance is often determined by what one puts on, and to what occasion.

We should not be deceived, the fact is that indecent dressing is neither a fashion, nor a way of life. It is a suffering from the loss of a sense of decency. A lot of today’s young people dress indecently because they want to belong. They don’t want to be seen as outdated. But sadly, they forget that they are sheepishly selling off their decency.

Now, let us consider the meaning of indecent. According to Wiktionary, indecent “is something offensive to good taste.” Or whatever is not in keeping with conventional moral values; improper, immodest or unseemly.

In Africa’s rich heritage following the advent of clothing through Westernization, the mode of dressing was one of the significant values that made our women stood out and respected across the globe. But sadly, this generation of young people prefer the immodest styles because according to them, our styles of dressing are outdated (old school). One does not need to be naked to be attractive. Or put on clothes meant for a beach or night club to Church or graduation ceremony, to be attractive.

In an anonymous post in the Nations Online Newspaper, the author argues that, “Indecent dressing is the major cause of the various assault and sexual harassment recorded in the society, over time. As a result of civilization, Nigeria ladies dress half naked to occasions all in the name of fashion’ and this is contrary to the prestige placed on African women. For instance, Nigeria ladies derive pleasure in wearing cloth such as mini skirt, bumper short, armless e.t.c.”(“Indecent dressing: A social malady?” The Nations, 28th July, 2019).

In times past, sexual abuse was alien except in cases of slave adoption, but today, from university campuses to workplaces, to the streets, and homes, sexual assault on young women is increasingly worrisome. Because, many young people of our generation have chosen to walk against societal moral norms, by putting on clothes meant for a specific occasion to an occasion that frowns at such. This argument does not claim that all cases of sexual assaults are the results of indecent dressing. But that a high percentage is.

As a Christian and pastor of souls, I would like to further this article by examining the sacred book of Christians. In Genesis 3:7, scripture says that when Adam and Eve found themselves naked, they sew leaves to cover their shame. However, in 3:21, God made them a garment to cover up. Now if one examines both scenarios, one would discover that from the original Hebrew texts, the first material used by Adam and Eve, could not cover their nakedness. Which by implication means that it was indecent. Consequently, God decided to make for them something decent to cover their indecency.

In Isaiah 47:1-3, scripture makes it clear that nakedness or exposure of the body was a way of shaming the wicked or evil doer. Which logically means that it is shameful to expose one’s body. Little wonder therefore why St Paul in 1Corinthians 12:23-24, observes there are some parts of the body that are less publicly presentable, as such, should be covered.

In Matthew 5:27-28, Jesus teaches against lustful look, which is often bore out of fantasy or imagination. This case becomes even worst when the part of the body that is less presentable is exposed. So, it is one thing for the man to guide his eyes, heart and mind from falling into such sin. It is yet, the responsibility of the woman to prevent such a lustful stare (cf. Philippians 4:8, & Proverbs 7:6-27).

Keep your body decent, dress as occasion demands, because the way you dress is the way you will be addressed. For your body is the temple of the Holy Spirit (cf. 1Corinthians 6:19).

Israel GodsPower ANAWEOKHAI is a Catholic Priest of the Missionary Society of St Paul. He is currently on mission in the Archdiocese of Douala, Cameroon.