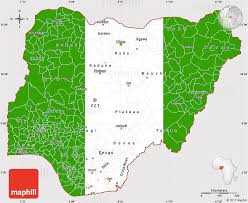 According to a popular African saying, “A man who does not know where the rain began to beat him cannot say where he dried his body.” Unarguably, in the words of the renowned African writer, Chinua Achebe, “the rain that beat us as Africans began over four hundred years ago, from the ‘discovery’ of Africa by Europe, through the transatlantic slave trade, to the Berlin Conference of 1885…”(THERE WAS A COUNTRY).

But much may argue that the rain was a forceful rain that came through colonization.Since all African countries are now sovereign countries, with Nigeria 60years ago, let us say that the sovereign rain started since independence.

So, since we know where the rain started, is it possible to know where and when our bodies would get dried?

On October 1st, 1960, Nigeria gained independence. Sixty years after, can Nigeria be appropriately addressed as a nation or country? To get to the root of this question, we must clarify the two keywords, ‘nation’ and ‘country.’

A. What defines a nation? Etymologically, the word nation comes from Middle English, nacion. It is borrowed from Old French nation, nacion, (“nation”). From Latin nātiōnem” (“Etymology of nation,” En dictionary). A nation, therefore, is “a historically constituted, stable community of people, formed on the basis of a common language, territory, economic life, ethnicity and/or psychological make-up manifested in a common culture” (“What is a nation?” en dictionary). 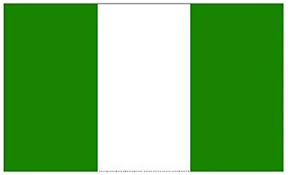 The underling words from the above definitions are; ‘stable,’ ‘common language,’ ‘ethnicity,’ and ‘common culture.’ Is Nigeria stable? Does it have a common language, ethnicity, and common culture? If it does, one can ” say that Nigeria is a nation. But if not, it is an offense against nationhood if one calls Nigeria a nation.

Now let us consider the meaning of a country.

B. What is a country? The word country etymologically comes “from Middle English, contree. It is equally a borrowed word from Old French contree. From Latin – (terra) contrāta”(“Etymology of country,” En dictionary). From the etymology, “A country is a geographic region associated with sets of previously independent or differently associated people with distinct political characteristics”(“What is a country,” World Data info).

So, from both definitions, one may best identify Nigeria as a country. Nigeria’s unique identity as a country came into existence following the 1914 amalgamation of the northern and southern protectorates by the British. However, Nigeria’s sovereignty as a country took place on October 1st, 1960. 60years after Nigeria was declared a sovereign country, can Nigeria still be called a country, let alone a nation?

Borrowing the description of the great literary icon, Chinua Achebe therefore, and having studied the historical events of how things fell apart upon Nigeria’s independence, it may not be out of place to say, indeed there was a country.

But the question therefore is, are the gods to blame for Nigeria’s many woes? This question thus leads us into a historical expose of a country called Nigeria, 60years after independence. Following the three major ethnic groups, Hausa, Igbo, and Yoruba, the “gods” to examine in this long walk to a country’s woes are Sir Ahmadu Bello, Nnamdi Azikiwe, and Obafemi Awolowo.

These “gods” would determine who to blame, whether they or current leadership. This is because the three historical figures differ in their dreams and identity of the Nigeria geographical space. While Bello, and Awolowo could be described as Nigerian’s fathers of nationhood based on ethnic, cultural, language, and tribal ideologies. Azikiwe could best be seen as a father of African nationhood. More so, since out of the abundance of the heart, the mouth speaks, we shall examine a quote from each of them. So, the reasons are not farfetched.

*Sir Ahmadu Bello:* He is a significant figure in Nigerian’s sovereignty, not because he was ever a president or prime minister as it were. Instead, because of his important place in the north. In the north, besides being the Sardauna, he was the first premier of northern Nigeria. Many controversies surrounded his personality as a leader of the north at the time. Here is a quote from him that is worth our analysis.
“I am not unaware that I have often been a controversial figure. I have been accused of lack of nationalism and political awareness because I considered that independence must wait until a country has the resources to support and make a success of independence. I have been accused of conservatism because I believe in retaining all that is good in our old traditions and customs and refusing to copy all aspects of other alien civilizations have been accused of many things, but the views of others have never made me deviate from the path which I am certain is the one which will benefit my people and country. I have always based my actions on my inward convictions, on my conscience and on the dictates of my religion” (Sir Ahmadu Bello).

The critical points in his statement above are; ‘My people,’ and ‘my religion.’ The two expressions say it all about whom and what Bello stood for.

Now, examining the trend of northern leaderships from independence to date, one would agree that such a mindset, vis-à-vis, ethnicism, tribalism, and religious sentiments, has not changed. And it has eaten deeply into the fabric of our country.

*Obafemi Awolowo:* One of the faces of Nigerian’s nationhood. He represents the face of the Yoruba people. Awolowo been the first premier of the western region at the time, concentrated so much in building the Yoruba nation through massive investment on free education. A gift that saw the Yorubas’ edge above other regions in formal education.
Many, have however, argued that Awolowo’s role was determined by the structures at the time that gave powers to regions to develop. Consequently, leaders of the time saw that as an opportunity to develop their regions.

Thus, should Awolowo be blamed for Nigeria’s failure?

Here is his quote that is worth our attention:
“Nigeria is not a nation. It is a mere geographical expression. There are no ‘Nigerians’ in the same sense as there are ‘English,’ ‘Welsh,’ or ‘French.’ The word ‘Nigerian’ is merely a distinctive appellation to distinguish those who live within the boundaries of Nigeria and those who do not…”(Obafemi Awolowo).

The obvious quote above tells us that the rain that started beating us as a country, did not start today. Indeed, we are far from being a nation. And baba Awolowo saw it long time ago.

*Nnamdi Azikiwe:* He was also a significant figure in Nigeria’s journey to independence. And upon independence, “he became the first president of independent Nigeria (1963–66), a very prominent nationalist figure” ( “Nnamdi Azikiwe,” Encyclopaedia Brittanica). Following the  Biafra war of 1967–70, “Azikiwe first backed his fellow Igbos, traveling extensively in 1968 to win recognition of Biafra and help from other African countries. In 1969, however, realizing the hopelessness of the war, he threw his support to the federal government” (Encyclopedia Britannica). For that switched in support, Azikiwe suffered hatred from many of his kinsmen. And till date, the political marginalization of the Igbo people is heavily attributed to mistrust among themselves.
Here is a quote from Azikiwe that is worth our attention: “Each of our three Regions is vastly different in many respects, but each has this in common: that, despite variety of languages and custom or difference in climate, all form part of one country which has existed as a political and social entity for fifty years. That is why we believe that the political union of Nigeria is destined to be perpetual and indestructible” (Nnamdi Azikiwe).

He was a man who believed so much that our differences could better bring out the beauty in diversity. In a single expression, Azikiwe was a father of national unity.

Finally, having examined the three gods of Nigeria, their beliefs, convictions, and ideologies, with 60years after independence, should the woes of successive Nigerian leadership be blamed on the gods?

Israel GodsPower ANAWEOKHAI is a Catholic Priest of the Missionary Society of St Paul. He is currently on mission in the Archdiocese of Douala, Cameroon at the time of writing this piece.