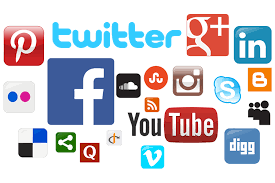 What is distraction? what do you understand by distraction? have you ever been distracted?  In this article, I will explore some of the keys to distractions.

1. A student who distracts him/herself from night club to focus on his/her studies. 2. When someone is sick, the more the person gets overwhelmed or worried about the sickness, the more anxiety it creates, thereby making one unable to be optimistic about being well soon. But once one distracts oneself from such anxiety, one is optimistic. Another one is not allowing the successes of others to lead one into crime, or immoral and inordinate acts.  There is equally this example that I find interesting in my research:  “Poking one’s eye is a good distraction from a hurting toe” (En dictionary). And obviously so.

One may have heard the saying,  “distract your mind from these things.” Which means that distraction as a two way traffic could help to free one from the things that could in themselves distract one from achieving one’s goals.

Nevertheless, one thing one must know about distraction is that we distract to attract. Distraction brings attraction. But whatever attraction it brings determines whether it is negative or positive. When a student instead of doing one’s assignment as soon as possible, decides to engage on social media chats all day. That student has succeeded in attracting a few persons to his or chats. But ended up distracting him/herself from achieving his/her academic aim. On the other hand, when a student decides to focus on his/her assignment instead of engaging on social media chats all day, the student has in doing so succeeded in distracting him/herself, and has equally succeeded in attracting success to him/herself.

FAMILY: To begin with, let us look at negative distractions from the family, since it is microcosm of society.

There is a saying that “Charity begins at home.” This means that the home is the very foundation of human life. It sets one on the pathway to a successful life or to a failed life. When a child loses the basic family orientations, it is usually straightforward for such a child to stray. That is why, I have come to describe the family as the root or wing of life. For a tree can’t stand without a root. If it does, it is only artificial. So, it dies off quickly because it has no root. Secondly, an eagle that fails to realize its wings would remain perpetually with chickens. That is why, scripture tells parents to train up their children in the way they should go so that when they grow up, they won’t depart from it (cf. Proverbs 22:6). So, in a family where life is not love, but survival of the fittest, a child ends up nursing negative attractions. Thereby distracted from the positives.

PEER PRESSURE/FRIEND: This is another distraction that we must guide against. Although wrong family orientation easily leads to peer pressure. But not withstanding, we have equally seen a situation where people from good family background get distracted. This kind of distraction confirms the saying, “Show me your friend, and I will tell you who you are.” If we are influenced by those who see premarital sex as a way of being a grown up, we may end up thinking that that is the normal thing. But when pregnancy sets in, our eyes may open. Sometimes too, getting more influenced by them, may even make us think that abortion in normal. Some survive and some do not. Is that not a shattered dream? Absolutely so!

Going further, such negative pressure could lead to alcohol addictions, clubbing, Internet fraud, which today has become a shortcut to riches.

The energy our young people spend trying to distract a white man or woman, and so get money from them could be best channeled on something productive, like entrepreneur skills in ICT.

Internet fraud is today, one of the ills forms of distraction. In fact, I classified it as the chief among social media distractions which we shall talk about briefly. So, peer pressure very often leads to negative influence, and by so doing, one gets distracted from achieving one’s goals in life.

SOCIAL MEDIA: This today is the worst form of distractions. Not because it is meant to be so, but because many think that engaging in social media could easily make them get along. No doubt about that. But what becomes of it, thereafter?

This therefore brings us to the discussion on a recent article I wrote, titled, “WE ARE TOGETHER, BUT NOT TOGETHER.” In the article, I used the social media as a case study because it is today the most frequent platform. Nevertheless, we must know that social media is not in itself the cause of negative distractions. In fact, there are so much that we can positively achieve through the use of social media.  So, it is supposed to be an added advantage. But using it negatively has posed a huge threat to young people everywhere. But, once one realises that there is a time for everything, one can strike a balance. This is because, virtue according to Aristotle, ‘lies in the middle’ (Aristotle’s Golden Mean). “

So, the fact that social media has brought us a lot of good, should not blind us to many harms that it has caused us as well, through our misuse of it” when we allows it to distract us (“WE ARE TOGETHER, BUT NOT TOGETHER,” www.cathereo.com by Israel GodsPower Anaweokhai, August 18th, 2020).

Israel GodsPower ANAWEOKHAI is a Catholic Priest of the Missionary Society of St Paul. He is currently on a mission in the Archdiocese of Douala, Cameroon at the time of writing this article.

11 Replies to “KEY TO RESISTING DISTRACTIONS”