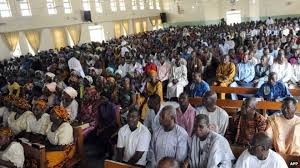 THE PLIGHT, THE BLIGHT AND THE PERILS OF THE HAUSA CHRISTIANS IN NIGERIA

A Brief Background of Hausa Christians in Nigeria
Hausa is a tribe and not a religion. Hausa people are predominantly found in the Northern part of Nigeria and other parts of African countries like Niger, Benin, Ivory Coast, Cameroon, Chad, Ghana, Sudan, Togo, Gabon, Algeria, Congo, and Burkina Faso. But originally, the Hausa people are from Nigeria.

Hausa as a tribe and its people predate the advent of Christianity and Islam. Just like any other tribe in Africa, some people among the Hausas accepted Islam as their religion of choice, while others accepted Christianity as their religion while others still adhere to the practice of the Hausa traditional religion (Maguzanci, which the Hausa Muslims refer to as the Maguzawas to mean infidels). In other words, the Hausa people existed even before the coming of Islam or Christianity. Hausa language is the most predominantly spoken language in northern Nigeria. The language is spoken by both the Hausa people and other people living in northern Nigeria. Predominantly, the Hausa Christians are farmers. They believe in using their hands to feed themselves and even give to others and never be over dependent on the government or anybody. Throughout the north, you will never find a Hausa Christian begging on the streets or going from one public office to another begging for money or food.

It is unfortunate that most of those that preferred to practice Islam see themselves as superior to any other person in the Hausa community. They through force manipulated their ways into the hemp of every affair of the Hausa people. They rise to the position of power and block every way for other Hausa people, either Christians or Traditional worshippers to come in. They instituted Islamic leaders as traditional rulers to govern the entire Hausa people. They make both Christians and Traditional Worshipers to be answerable to these so-called traditional rulers who govern the people according to Islamic laws. Most publications that were done on and for the Hausa people were done in favor of Islam. The Hausa Muslims authors tried to associate the origin of the Hausa people with Islam although it is not true. The Hausa language on its own has lost its originality, as in the Hausa Language has been adulterated with too much Arabic words. It is a thing of pride to the Muslims to interchange Arabic words with Hausa words and make them to look like Hausa words. About more than 40-60% of the words used in the Hausa Language are Arabic Words.

Just like the Hausa Muslims, the Hausa Christians are also living in their good numbers in Northern Nigeria. They practice their religion and contribute immensely to the socioeconomic development of Nigeria.

For a very long time, in fact, right from the emergence of the Islamic religion in Northern Nigeria, the Hausa Christians have suffered several attacks, persecutions, marginalization and all forms of oppression from most of the Hausa and Fulani Muslim people. They use the media as their great tool for propaganda and keep deceiving the world that all Hausas are Muslims except a very few that practice paganism which they usually refer to as the Maguzawas. And so they gain the favor of other Islamic countries to keep dominating the Hausa Christians even till today.
They tried as much as possible to deny the Children of the Hausa Christians admission into all the levels of education in the Country. They delight in infringing on our rights. They use riots to burn our houses and churches, loot all our valuables, rape our women and kill our men and women. It has come to the point that our people don’t benefit from the government of the country. Whenever any Hausa person applies for Job with a Christian name, they disqualify him or her on the basis that there is no anybody with a Christian name that is an indigene of the North. They have forced our people into changing their names just to secure admissions and job opportunities in the country that supposed to be for both the Christians and the Muslims. Life is becoming unbearable for our people across the Northern Nigeria, our farms are forcefully taken away from us by many of the Emirs and Hakeemis, Our young girls are kidnapped, raped and forcefully converted to Islam, and the young men suffer all forms of discrimination in the society.
Our homes are incapacitated by bad roads; there are no healthcare facilities in our settlements, no roads, no electricity, no portable drinking water and any form of social amenities as dividends of democracy from our governments.
We have been turn down to worse than second class citizens in our country because we are Christians. We have endured all forms of slavery even in the 21st Century. These Traditional rulers and the Islamic religious leaders have vowed never to allow any Hausa Christian to hold any political office in the Northern states of Nigeria.
We have highly educated people, but caged down by the unjust treatments of most of the Hausa Muslims in Nigeria.
Life for us is getting out of control, all hopes seem to be lost, a plan to extinct us is underway except we accept Islam. The Nigerian government seems to be silent about everything our people are passing through. The Christian Communities seem to be afraid to call the people and the government to order. The Muslims communities are forcefully advancing their ungodly acts against our people and life is losing its meaning as days go by.
The most tragic condition the Hausa Christians found themselves in is such that they don’t know where to run to for help. Whenever the name Hausa is mentioned, all that first comes to the minds of the other Christians from the southern and eastern part of the country and even some other parts of the world is: Islamic militants, jihadists, rioters, injustice, murderers, and the persecutors of the Christians in Nigeria. The Christians from the east or the south hardly trusts the Hausa Christians. We suffer all forms of discriminations from both the Muslims and the Christians side because of the evil the Hausa Muslims do. They use the harm some of the Muslims cause the Country to judge everybody from the north even we that are Christians. To the Muslims we are infidels, good for slavery and slaughtering, to the Christians from the east, west and south, we are not genuine Christians. They treat us with suspect, that we might one day harm them like the Hausa Muslims do.
On this note, came the birth of the Hausa Christians Foundation (HACFO). We will stand for, in, and with the truth to say the truth about what we face, and encourage our people to shine the Light of the Gospel of our Lord and Saviour Jesus Christ even at the expense of our lives.
We are simply asking for justice to be done. We need help from the Christian Communities from around the world. We need help form the United Nations to come to our aids and intervene in our situation.
We are willing to partner with any well-meaning individuals or organizations to restore hope and smile back in the lives of the Hausa Christians Communities in Nigeria.
God bless Nigeria,
God Bless the Nigerian Christians
God Bless the Northern Nigerian Christians
God bless the Hausa Christians