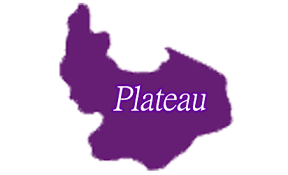 Not many remember what happened in Riyom, Plateau state many years ago. In case you’re among the many who didn’t, this story of mine will refresh your memory.
I met my wife, Rhoda in the UK. She was on a state government scholarship and she emerged as one of the best graduating students in her institution. I was thrilled when on our first date I found that she was a Nigerian from Plateau State. She was from Bachit community in Riyom. As our affair deepened, I decided to propose and she was surprised the day I presented the ring.

“Chinedu, I never would have in my wildest imaginations expected this proposal from you because after I discussed with my mother, she told me that it was usually very rare for an Igbo man to marry a non Igbo as your tribe believes in keeping the culture sacred.” She told me rather amiably the day I proposed.

She was right to an extent but I told her that I was not a tribal bigot and that I believed all humans were the same their culture and religion notwithstanding.
We returned to Nigeria shortly after we both graduated. Few months after that, Rhoda and I got married officially and settled to family life. She decided to dab into the real estate business while as a trained gynecologist, I settled for a job at the Lagos University Teaching Hospital – LUTH.

The babies came into the picture; two girls and a boy and when I felt I was really having a great time enjoying a peaceful life with my family, something rather bizarre happened in the year 2014. My wife and kids travelled to Bachit on December 22nd 2013 to spend the Christmas holiday and were to return to Lagos on the 7th of January 2014 but this almost never happened.
I tried to reach my wife on the 6th of January to know if they were still coming from Jos the next day but her phone was switched off. I tried her mother and sister’s numbers too and couldn’t reach them either.
It was not until late that night that her call came in. I was heading into the theatre to perform surgery on a pregnant woman when my phone beeped. My wife was crying.
“Baby, we have just been attacked. Dead bodies everywhere. I can’t find Mimi and my mother..”
I asked what had happened and she told me that the attack was carried out by suspected Fulani herders and that many had been killed. Everyone had run for dear life and she could not tell what had happened to my daughter and her mother.
“Pray for us Baby, pray for us..”

The line went dead. I could hear cries from the background and gory images formed in my head. Never before had I heard my wife express such feeling of disillusionment. If she said there was a problem, then certainly it was a very big problem. I tried to call back but her number was switched off. My heart became a port for all the negative thoughts in the world.
If anything happened to my child, I felt it would be difficult for me to forgive myself because she insisted on not travelling with the mother on the day they had left for Jos but I begged her to because it was the only opportunity she would have to see her grandmother and cousins. If I had known that this calamity would befall them, I would never have let them travel.
I was pacing to and fro in my office when I was summoned by one of the junior doctors for the surgery. The time was past eleven.
It was on my way to the theatre that the patient’s husband bumped into me. He looked like he had just visited hell and returned.
“Doctor, please do your best for me..”

He told me quickly that the patient I was to operate on was his wife and that they were from Katsina but lived in Lagos. He kissed the back of my palm tenderly as I walked briskly away promising to do my best. Suddenly, it struck me that he was an enemy as I sauntered into the theatre. That brief introduction had provoked me. He was Fulani. I was Igbo. His brothers had stormed my wife’s village in Riyom killing scores and he expected me to save the life of his wife and child.

There was no how I was going to do that! I thought indignantly.
The thought of Mimi and the possibility that she could have been hurt, the possibility that even my wife and other kids were not safe yet filled my head and all I could think of was to avenge the death of the innocent people who had just been killed. And my first ever victim was going to be the wife of the Fulani man whom I was going to perform a C-section on.
In all my years as a medical practitioner, I hadn’t gone into the theatre feeling the way I felt that day. All that was on my mind was to commit murder. If I made a single mistake on the patient, she would be dead in seconds. Immunity would protect me.
But the moment I stepped into the room, all that evil plan occupying my mind gave way to that strange impulse that almost every doctor possesses; the urge and desire to save life!

I was not a killer. I was not trained to take a life but to save. I understood the value of life and would not take it. No, I couldn’t.
The woman lying before me suddenly was no longer Fulani but a patient whom I must help deliver her baby. I quickly took a look at her file and her history showed she had a fifty-fifty chance. Before I began to cut her open, I muttered a soft prayer for her and the unborn baby. This had become like a culture to me. Even though I have tremendous faith in medicine, it has not quashed the belief in the power of the Almighty.

We worked on the patient for nearly two and a half hours before we were able to get the little infant out of its mother. It was a very healthy bouncing baby boy. He weighed nearly four kilo. The nurses were alarmed because we had all thought that the baby should need NICU.
It was not until I had finished work on the mother and child and was certain that they were okay that I remembered my wife and kids in Riyom! My heart again began to pound. My head ached and felt like bricks.
Back in my office, I called my wife’s number again. Switched off!
The news about the attack was now on TV. The government for the umpteenth time condemned the killings. How long was this going to continue? I found myself thinking; my head bowed in misery.
There was a knock gently on the door. It was Umar, the Fulani fellow whose wife I had just worked on. He wore a fine white material and looked refined.
“Thank you very much doctor,” he said happily. You could tell that he was well-read and civilized.
I looked at him with disdain as he smiled and sat on the chair opposite me.
“What is the problem Doctor?” he asked in a manner that showed genuine concern.

This time, I had tears rolling down my cheeks. “My wife and children are in Bachit and that community has just been attacked by herdsmen; your kinsmen. I can’t reach my wife right now. I don’t know if they are still alive. I just left the theatre where I saved the life of your wife and help deliver your child but your people are killing my family right now…”
I was crying now; my face covered in tears and catarrh.
Umar was now on his feet. His face was crumpled in sympathy. “I am very sorry Doctor. This hurts. My heart burns right now.”
He took the handkerchief from my pocket and wiped my face. His hands coiled around my neck tenderly. “I hope nothing happens to my family because I don’t think I will be able to continue without them. I love my wife so much. My kids are my jewels. I can’t afford to lose them to bullets from your kinsmen.” I wept.
He put his hand in the air to stop me. “Doctor, you are getting this wrong. I am supposed to be celebrating the successful surgery and delivery of my wife but I am in grief right now because of your children. I don’t think I will be able to sleep tonight until I get positive news about your family. You keep repeating that my kinsmen attacked Riyom this night but this is not true Doctor. I know of only two tribes and two religions in this world; the good and the bad. Bad people have attacked good people tonight and anyone who is happy about this also belongs to the tribe of the bad. You just saved a life a while ago. You belong to the tribe of the good. There are bad people in every tribe and there are good people also in every tribe. I have never supported evil in all my life. A few years ago during the religious crisis in Kaduna, many of my Christian friends and neighbours came to hide in my house. These people have been good to me. I didn’t classify them by their tribe or religion. As far as I was concerned, they were good people. And to the good, we must always do good. You see Doctor, no matter how the bad people of this world try, they can never triumph over the good ones. The earth is still here because there are still good people around. When I brought my wife here, I didn’t bother to know the tribe or religion of the doctor that would be operating on her because I believe every doctor is trained to be good.”
That night, he called his cousin who was a soldier and through him, we got the phone number of the GOC in Jos. The army had already swept into Riyom and almost quelling the situation. Somehow, they were able to get across to my wife. The feeling I felt when Rhoda told me that they were all safe only that she felt pains from running still remains something I can never describe.
Umar kept in touch until my children arrived in Lagos. I was shocked when he came with some of his friends who were also Fulani. I met for the very first time a Christian family who were also Fulani. I never knew there were Christians amongst them.
It’s been years now since this happened and I have come to agree with Umar that there are indeed two tribes and religions in this world; the good and the bad. These two tribes can be found amongst every tribe. Just few years after the Riyom experience, we travelled home for my mother’s burial and my younger brother was robbed and almost killed by armed robbers; he was attacked by people who spoke the same tongue with him. Does this not tell us that what Umar had said is true?
We that belong to the tribe of the good will continue to do good and we will surely be judged by our deeds. Those who have chosen the tribe of the bad will also continue to reap what they sow. However, the world would be a better place if we all belonged to just one tribe; the tribe of the good our colour and race notwithstanding.
.
THE ATTACK IN RIYOM by Japheth Prosper
.
(a true story)

One Reply to “THE ATTACK IN RIYOM by Japheth Prosper”