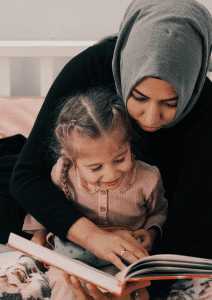 What do you understand about the The Wicked Stepmother Cinderella?

The wicked stepmother Cinderella, is a story about a boy whose mother died when he was still tender, leaving him and his father. After a few years, the man married another woman with two children. This woman became very hostile to her stepson. She subjected him to lots of hardship and starved him often. He will make him do all the house chores while her children do nothing. The story of this wicked stepmother Cinderella is an evil woman per excellence.

However, another woman living in the neighbourhood who noticed the maltreatment the young boy was going through took it upon herself to always assist the boy Materially.
Apart from the hardship the woman meted on her steps son, she also succeeded in turning the heart of his father against his child while her children enjoy all the good things in the house.

With the assistant and encouragement the boy got from the woman in the neighbourhood, he managed to go to school up to university level. While still at the university, he lost his father, main while the difficulties he has experienced in life made him to take his education seriously. He graduated as the best graduating student at his school. He got a job pay job when he was still doing his national youth service core.

Then he decided to visit this charitable woman who has been kind to him, he paid her a surprise visit. Since then, he adopted her as his mother for she was just a barren widow. On the other hand, the life became difficult for the stepmother after the death of her woman. She eventually reallocated to the village as she cannot afford the cost of living in the city.

INSIGHTS
The evil that men (off course and women) do lives with them. Therefore, wickedness is not a virtue. In just a little space of time, the course of event change and the life of this poor boy was transformed.
Life presents this wicked stepmother the opportunity to be good to someone, but she chooses to be wicked. In our world today, we find the likes of this woman who deliberately choose to be wicked. Some stepmothers even beat their stepsons and daughters almost to the points of death. There was an occasion where a stepmother pour pepper in the private parts of her stepdaughter.

Read Also; How to Cry with Jane – Life Altitude (livealtitude.com)